A mind blowing -61 penalties differential from last season makes me assume that Downie mat have had a bad influence on the Pens discipline so far.

If Frazer basically said we're screwed then Sid better lead by exemple and shut the fuck up already.

This is getting ridiculous as we can't win by fighting both opponents AND refs!
____

@Avs_Tweets: MacKinnon-Duchene-Barrie during 3 on 3 OT for the #Avs? Sign me up.

[Vous devez être inscrit et connecté pour voir ce lien] a écrit:@Avs_Tweets: MacKinnon-Duchene-Barrie during 3 on 3 OT for the #Avs? Sign me up.

@coreypronman: Chris Bigras-COL only dman to get a vote for best off and best def dman in their conference. 2nd in both spots.

@Avs_Tweets: Meanwhile Kyle Wood was voted to have the 2nd hardest shot in the OHL's Eastern Conference. #Avs

@Avs_Tweets: To close it out, Spencer Martin was voted top puck handling goalie in his conference and as the 2nd best shootout goalie. #Avs

The OHL's annual "Coaches Poll" is always a nice, unofficial metric for NHL fans to measure their junior prospects with. Most NHL fans don't get to see their AHL team play regularly, let alone the clubs' prospects scattered throughout the CHL and international leagues, making surveys like this, conducted by the coaches who see these players every night, a nice insight into prospect development. Follow the link for the full 2014-2015 OHL Coaches Poll Winners.

For the second year in a row, the Avalanche's top prospect, Chris Bigras, makes an appearance on the Coaches Poll. Last year, Bigras was voted "Best Defensive Defenceman" for the OHL's Western Conference. Nikita Zadorov finished in second for the Western Conference and Slater Koekkoek in third, while Aaron Ekblad, Kevin Raine, and Marcus McIvo took 1st-3rd in the OHL's Eastern Conference. Avs fans have all swooned over Bigras' development this season and the added dimensions to his game, and it appears that OHL coaches agree, since they placed Bigras three times on the list this season.

In each category Bigras finishes surrounded by elite company. In the defensive defenseman category Bigras finished 2nd only to Darnell Nurse, the 7th overall selection in Bigras' draft year and he finishes ahead of King's prospect and 20 year old OHL over-ager Kurtis MacDermid. Last season Bigras would never have been considered in the "Offensive Defensman" category, but this year he trailed only Anthony DeAngelo, last season's 19th overall pick for votes in the offensive category. The Lightning prospect is tough competition for offense from the blue line, he won the coaches choice for that category last year and finished 3rd overall in his rookie season. Finally, in the running for the Western Conference's smartest player Bigras finished 2nd, between a pair of highly touted, draft eligible forwards. As of ISS Hockey's most recent Top 30 Prospects list, Marner and Strome were ranked 5th and 6th respectively. High praise and a great step forward for Chris Bigras, but the key will be whether he can translate those developments in his game to hockey's biggest stage.

As an added bonus, the Avs' honorees didn't end with Bigras this season. In the midst of his own breakout offensive season, Kyle Wood finished 2nd in the Eastern Conference's "Hardest Shot" poll. Meanwhile, Spencer Martin was awarded top spot in the Eastern Conference for "Puck-Handling Goalie," and second place for "Best Shootout Goalie." Martin finished 1st for puck-handling in 2012-2013 and 2nd in shootout last year. Below are the full listings for Martin and Wood's categories.

@MikeChambers: #Avs and 6-4, 212-pound D Mason Geertsen are negotiating entry-level contract. He's a 4th-rounder ('13) who might get 2nd-round deal

@NewEraAvs: Bleackley finished the season with 27G & 22A was on pace for career highs in goals (37) & assists (30) before his injury #Avs #Prospects 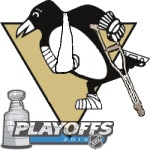 @MikeKellyNHL: Save % since trade deadline

On a pas trop tanker