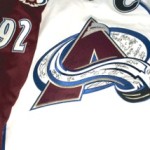 Even though I don't disagree, I still don't buy your ideology of keeping random middle to late round picks as the Oilers make a perfect example (and there are not McDavids' filled in every draft). My question is did Avs or Sakic ever say the word "rebuild" in any of their conversations? From my recollection, I keep hearing the words "young and speed" over again in cycles. I don't think Avs ever said or even need another rebuild, more like a retool which is how they have acted thus far.

I suggest that the biggest issues we have gotten our team in was the versus ideologies of Sakic and Roy butting-heads against each other. You can tell this by the scouting differences between three specific periods.

This post is NOT meant as a praise/defend Sakic or Roy bashing because I still do like Roy.However, his player decision making is the reason why we've all been soooooo down on this organization for the first time probably ever. Since 2014, here are the players we have brought in...

There are others like Roman Will, Spencer Martin, and Vincour as well, but trying to find specific ones for Roy's direction of getting bigger. Here's 2015...

Every single one of these players in three offseasons are above 6'0" and if they're not, they play a hardnose game like Iginla, Wagner, and Comeau,. Not only that, but if they're under 6'0", they're French like Gabriel Bourque, Beauchemin, Briere, Grigorenko (played under Roy), Gormley (played in the "Q"), and anyone else I am forgetting to mention.

There are some anomalies here and you can easily spot them out like Compher (which is obviously a scouts throw in) and Grimaldi. However, you can notice a distinct difference in their ideology between the two previous seasons and 2016. If I was going to theorize what happened in the 2016 offseason, Roy obviously lost a lot of his power, but Sakic was still trying to follow through for Patrick's request of getting bigger with the likes of Rene, Tyutin, Colborne, and Wiercioch without Roy having power to have any decision making.

Some of the most damaging moves are ones that Roy convinced Sakic to partake in as the team seemed ready to take the next step to become annual playoff contenders. Stuart, Iginla, Soderberg, Grigorenko, Beauchemin, Comeau, and Gelinas, pretty much the trash of our team were all under Roy's philosophy. A lot of these required draft picks or cap space taken away from better players.

I will give more blame to Sakic for the Boedker deal which I still believe gets get too much hyperbolic reactions on here. But can we blame Sakic in full when you have a Head Coach and personality of Mike Keenan 2.0 in Roy going all for the "win now mode"? I will also blame Sakic for trading a 2nd in Berra which wasn't a smart move.

There are aspects of Sakic I quite dislike, as you said in your post that GM's in rebuilds should be more proactive which he's been the opposite of. Sakic relied and had too much faith in Roy and his decision makings which brought deals like Gelinas and Stuart which look truly horrible at the end. Sakic's lack of productivity and negotiations can rival Cheveldayoff who only has a sweep against by the Ducks to show for himself. And Cheveldayoff is one of the General Managers who have saved and when made trades, acquired draft picks back which once again has nothing to show for it.

What my argument here is that draft picks alone don't make a team into a Cup perennial winner/contender. You need a balanced approached and even Loliers weren't going anywhere if they didn't make the Hall for Larsson trade. Which I admit they still lost, but it makes them more defined in the long run. My other argument is that even how bad Sakic is, I suggest that Avs are in a much better direction with him at the helm than they would be with him and Roy, or God forbid just Roy with making the decisions. Granted, even if that is Sakic improving us from 5th to 4th in the school day competition. But I believe that there has been too much smoke for him in regards to his GM position. I would be shocked if he's still the Avs GM two to three seasons from now.