NEW YORK -- Given the handshake line seen around the world last spring, you better believe many players on both the Montreal Canadiens and Boston Bruins knew their first encounter this season was Oct. 16.

After a drama-filled seven-game series last spring between the two rivals, capped by Bruins winger Milan Lucic sharing his love for the Canadiens in the handshake line -- we jest, of course; heated words were exchanged with several players -- the Oct. 16 game in Montreal is certainly must-watch TV.

"Absolutely, it's going to be a lot of fun," Canadiens star winger Max Pacioretty told ESPN.com Tuesday during the player tour media event.

"After a series like that, there's tons of emotions. It might have been build up a little bit more than what it really was. But at the same time, they’re a great team. That’s our measuring stick team. We play against them so many times a year, they’re one of the best teams and you really can tell a lot about your team by how you measure up against the Boston Bruins. They contend every year. We get a little bit more of the juices flowing when we play against a team like that. We definitely have a lot to prove when we play a team like that."

Teammate P.K. Subban echoed the respect the Canadiens have for the Bruins, but also said the emotion and intensity between the two rivals is absolutely genuine.

"We don’t need to sugar coat it, there was a big deal made about the comments that Lucic made in the line," Subban told ESPN.com Tuesday during his player tour interview. "But I mean, this is hockey, this is professional sports. There’s mutual respect between all players. That series got heated. And I think it’s good for the game, it’s good for the fans to know that these guys are making millions of dollars but it’s real, guys want to win. It’s competitive. At the end of the day we still want to send kids the message of sportsmanship, but this is professional hockey. I'm not going into that game thinking about was said in the handshake line. We're just trying to win. Lucic is a big enough guy anyway that I’m sure if anyone wanted to justify it, he’d be willing to answer it. But all in all, the rivalry that's rekindled over the last few years has been great for hockey."

The Habs upset the Bruins last spring in the second round before losing to the New York Rangers in the Eastern Conference finals, a successful season by any measure for a Habs team not picked by most to contend.

And yet, lots of changes in the offseason, the team getting younger after parting ways with veterans such as Brian Gionta, Josh Gorges and Daniel Briere.

Gionta’s free-agent departure opens up the captaincy in Montreal, and it’s expected head coach Michel Therrien will name his new captain at the end of the training camp or around that time.

Both the names of Pacioretty and Subban have been in the mix from fans and media as far as candidates to be the next captain, along with the likes of Tomas Plekanec, David Desharnais, Andrei Markov et al.

"It’s already an honor just to be in the conversation, but I know I have to step up and help lead this team no matter if there’s a letter on this sweater or not," said Pacioretty, 25, Montreal's leading scorer last season. "I feel like I'm ready for it. When Gorges and Gio were here, you don’t want to step on any toes, you want the leaders to lead and want them to be able to do their thing. But now that they’re gone, I think there’s a big gap to fill right now. I hope to be able to do so. Whoever does have the 'C' on their sweater, he's going to have a lot of help. We know a lot of guys in the room that can lead, guys who have been on Stanley Cup teams. So I think whoever gets the letter, he’ll get help."

Like Pacioretty, Subban didn’t hide what it would mean to him if he were ever named captain of the Habs.

"Obviously, I would want that honor," Subban said. "I don't think anybody sees me as a player that would shy away from that type of responsibility. Not more money, not more ice time, but more responsibility given to a player, in my opinion, makes him better. For a player that’s going to be in Montreal for a minimum eight years time, to be considered a leader of this franchise and a leader of this team, would be a great deal of responsibility but it’s exciting you could be a guy to help lead your team to a Stanley Cup."

Subban recalled a phone call he got after signing his new contract this summer from the wife of Habs legend Jean Beliveau.

"She congratulated me on the new contract, was very complimentary, and very excited to know that she'll be watching me for the next eight years," said Subban. "She spoke on Jean's behalf as well. To me that was very flattering. To be able to wear the 'C' like one of my idols Jean Beliveau, that would be a great honor." 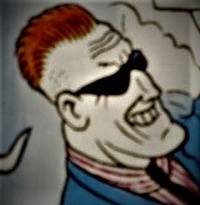