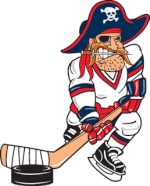 @DailyNHLGrind: Hefty price for Winnik. He got hot at the right time. Huge return for Toronto

[size=30]Full details on trade from Pens release:[/size]
[size=30]The Pittsburgh Penguins have acquired forward Daniel Winnik from the Toronto Maple Leafs in exchange for Zach Sill, a 2015 fourth-round draft pick and a 2016 second-round draft pick, it was announced by general manager Jim Rutherford.[/size]

[size=30]Winnik, 29, has seven goals and 25 points in 58 games with Toronto this year. He led the team with a plus-15, which will also place first among Pittsburgh forwards and second overall on the club.[/size]

[size=30]The 6-foot-2, 207-pound Winnik led all Toronto forwards with 50 blocked shots and ranked third with 99 hits this year. His 3:27 average shorthanded minutes per game is the highest total among all NHL forwards.[/size]

[size=30]Winnik played three years of college hockey at New Hampshire from 2003-06, surpassing the 40-point mark in each of his final two years.[/size]

[size=30]Winnik was originally drafted by the Arizona Coyotes in the ninth round (265th overall) of the 2004 NHL Draft. He will be an unrestricted free agent this summer.[/size]

@RealKyper: #Kings give up a 1st pick and prospect for #Canes Sekera